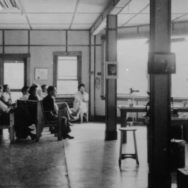 The Trust urgently needs to raise money to secure the long-term future of the Reich Archives. This collection has been kept at the Countway Library of Medicine in Boston since 1977 and is so important as a repository of Reich’s diaries, films, audio recordings, laboratory notebooks, correspondence, unpublished manuscripts, and many other items. Several dozen scholars have done research in this collection since they were opened to the public in November 2007.

In order to preserve this collection for all time it needs to be digitally entered, item-by-item, into the Countway’s online catalog as soon as practically possible. Countway archivists have estimated this will cost $90,000, which we must raise as quickly as we can. Digitial imaging of the entire collection is the next goal, to guarantee its safety in the event of flood, fire, theft, etc., as well as to make most of the collection available online, to greatly increase scholarly access. The cost to digitize these priceless scientific and psychiatric discoveries and innovations is estimated at an additional $360,000 on top of the cataloguing expenses.

We must raise these funds as promptly as we can, particularly the first $90,000.

Any tax-deductible contributions you can make to the Wilhelm Reich Infant Trust, earmarked for the Reich Archives Preservation Project, are most welcome. Bequests on behalf of this important collection are also deeply appreciated. And anyone who values the preservation of Reich’s legacy, please bring our cause to the attention of private philanthropic foundations, such as Family Foundations, or put us in touch with them.

Please send your donations to: 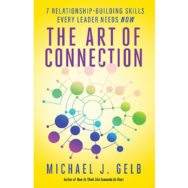 On the recommendation of a friend whose advice I heeded due to the searing accuracy of her critical feedback, I went to see a psychotherapist. This was a stretch since, having been raised by a therapist, going to therapy as a child, and studying psychology for years both academically and practically, I was skeptical, and probably arrogant, about the prospect of finding someone I’d respect.

The minute I walked into Dr. Mort Herskowitz’s office, my skepticism and arrogance vanished. There was something about his penetrating gaze, purity of attention, and ease within himself that made it clear, as soon as he looked at me, that I couldn’t fool him, and I soon discovered that in his presence I couldn’t fool myself. He wasn’t interested in anything that wasn’t authentic. Mort was an uncompromising mirror of the self.

An osteopathic physician and psychiatrist, Mort trained for nine years with Wilhelm Reich (1897–1957), the legendary pioneer of depth psychology. I had studied Reich’s theory of character armor, the idea that our stresses and traumas stay locked in our muscles and viscera, but believed I had sorted all that out through years of various mind and body practices. Wrong!

The third and final crowdfunding phase for the Wilhelm Reich Documentary Film project was launched earlier this month. This effort has been undertaken to complete the 2 years of production required to create this feature-length film. Please consider donating to this fundraising effort, and/or spreading the word about it among your friends, colleagues and social-media contacts. 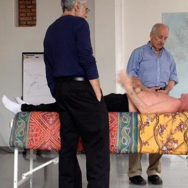 A week long training (August 22-26) for therapists and other health professionals who wish to be introduced to the basic principles of orgonomic practice as developed by Wilhelm Reich, MD.